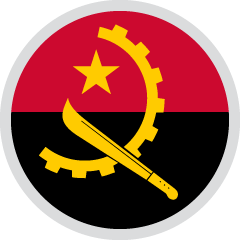 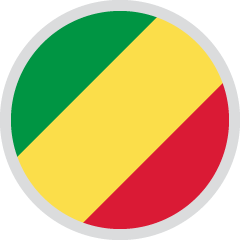 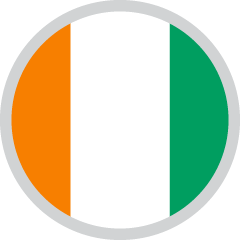 Abomey's international theatre and storytelling festival, also known as FITHECA 2021 (Festival International de Théâtre et de Conte d' Abomey 2021), was organized from July 29 to August 4, 2021. The SSSIO of Benin was the official sponsor of the festival. Many people from Benin and Senegal attended the event. The SSSIO also received a certificate of merit for their service and participation from the President of FITHECA.

Due to the need for oxygen at health facilities to help treat patients with COVID-19, SSSIO distributed oxygen concentrators in Botswana. A permanent SSSIO health clinic in Botswana continues to address the needs of the sick.

SSSIO volunteers from the Sathya Sai Pointe-Noire Temple also constructed a well to provide water to the local community.

SSSIO volunteers from around the world contributed 21,000 tons of food to the needy in Gabon, benefitting more than 2,100 families. The packs consisted of rice, beans, maize flour, and oil.

On July 10, 2021, SSSIO members distributed bread, water, and blankets to 100 homeless people. Volunteers served the popular Ghanaian meal of Jollof Rice and water and other drinks to 300 needy people in Tema, Ashaiman, and greater Accra, the capital city. They also distributed blankets to the homeless.

As part of the Guru Poornima celebrations on July 24, 2021, the SSSIO of Ghana organized a training session in making soap to help the needy. The organizers selected 13 people to participate based on need. They traveled more than 270 km to Tema Chief's Palace to learn how to prepare solid and liquid soap and detergents, which could be used in their households or sold to earn a living. In addition, the attendees received the material needed to start their own soap-making business.

In commemoration of Guru Poornima, on July 24, 2021, SSSIO volunteers served 120 needy women hot tea, snacks, and a traditional hot meal, at the Sathya Sai School, Kisaju. The volunteers also distributed food hampers and hygiene and health kits to them. The hampers contained maize flour, wheat flour, rice, sugar, cooking oil, salt, and tea leaves. In addition, the SSSIO gave 300 soaps, African curry powder, biscuits, menthol lozenges, and cream to the ladies, who were grateful for the generosity and warm reception.

On October 28, 2021, SSSIO Kenya presented 30 white canes to the Kenya Institute for the Blind. The blind received the white canes with much joy and excitement.

SSSIO volunteers in Malawi celebrated Bhagawan's Birthday on November 23, 2021, with a beautiful program that included a motivational talk, SSE children swinging the 'Jhula' with Baba's photo, ending with cake-cutting. Other members of the community also joined the Birthday celebrations.

In Blantyre, the commercial capital of Malawi, SSSIO volunteers have organized quarterly blood donation camps for the past 20 years. This year, the volunteers collected more than 100 pints of blood. A Register of Donors is maintained to help anyone needing a blood transfusion.

On January 7, 2021, SSSIO volunteers in Mauritius served lunch to 122 children at the Lalla Hasna Orphanage. The volunteers also distributed cakes and fruits to 97 needy children a week later. On January 28, the SSSIO members distributed yogurt, beverages, cheese, and other items to 55 residents of a local convalescent home.

On January 31, 2021, around 20 SSSIO volunteers served 72 older people at the Govindramen Ashram in Mauritius. The volunteers also groomed the seniors and took care of their hygienic needs.

Every month, SSSIO volunteers in Mauritius organize blood donation camps in various parts of the country. Between January and March 2021, they collected more than 1,000 pints of blood.

The Sri Sathya Sai Centre of Valory organized a medical camp at the Petit Verger Multi-Purpose Hall on February 21, 2021. More than 200 patients received free medical screening for diabetes, cardiac care, and hypertension and were served food.

On February 27, 2021, more than 100 people, including SSE teachers, students, and their parents, enthusiastically participated in a workshop on child development and human values at the village hall in Petit Raffray, in northern Mauritius. A renowned child psychologist gave presentations. SSE students presented several human values-based poems, songs, and inspiring plays.

Nearly 30 children attended SSE and SSEHV classes throughout the year in Nigeria.

Volunteers from South Africa's ladies' wing distributed 1,299 face masks to the needy for personal protection. In addition, they donated 350 masks to Gift of Givers, a non-profit organization. Also, food hampers were distributed to needy families. SSSIO volunteers from the Pretoria region distributed over 200 PPE gowns and donated clothing and beddings to the Rylands Disaster Relief program.

On March 12, 2021, The SSSIO delivered grocery packages to the Sri Sathya Sai School students in Newcastle with the help of 50 volunteers from four regions. One hundred and eight students and three janitorial staff received bathing soap, maize meal, and teabags. In addition, 150 masks (for children) were provided to students at the school.

On March 13, 2021, volunteers from the SSSIO of South Africa distributed groceries to 20 families affected by COVID-19.

In 2021, the SSSIO Tanzania embarked on a unique initiative in six schools in Dar-es-Salaam. Ten computers were supplied to each school, and training was offered twice a week via video programs to the children. SSSIO Tanzania, in partnership with other charitable Organizations, also started constructing toilets in Public Schools to improve sanitation.

The SSSIO initiated the HELP Africa Project to supply food to desperately needy African communities. More than 200 tons of food was provided to Madagascar, Benin, Gabon, Angola, Nigeria, Cameroon, DRC, and South Africa. SSSIO volunteers from Uganda and Kenya helped procure food in Uganda and organized the distribution logistics. Through this initiative, SSSIO was able to serve 20,000 needy families.

SSSIO Uganda adopted a new Sri Sathya Sai School in the town of Jinja with 300 children.